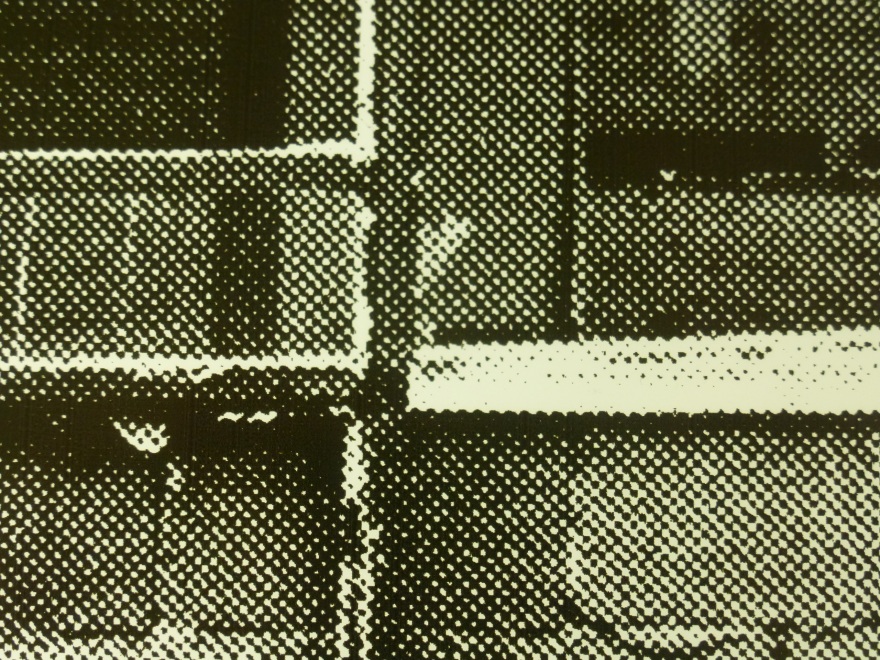 Lack of knowledge in one area does not, I realise, mean that I can’t go there. Having completed a fab beginners course on screen printing at Printhaus on Llandaff Road, I decided to forgo hours of trial and error (and wasted ink and paper) and sign up instead for a 1-2-1 session. It was a revelation! 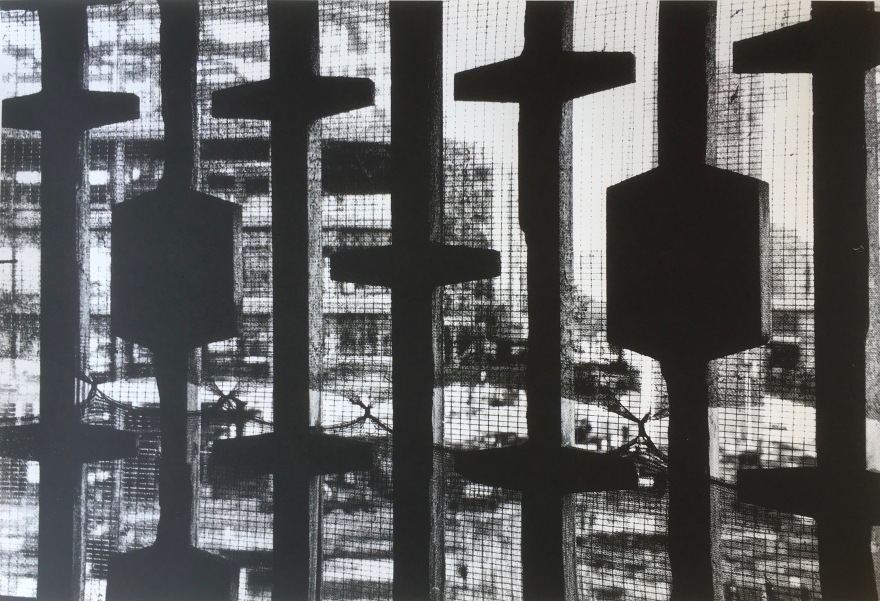 I met up with Shaun for a half hour cup of tea and a chat. We looked at my images, and with his help, realised that some photos were much more suitable than others for this process. Through discussion, we decided on A1 prints (yes – bigger is better in this instance) and a coarse mesh. The finer mesh produces such a good image you might as well consider digital printing instead… This process of discussion really helped me to focus on what I wanted to achieve.

We decided to go for 4 screens and 10 prints off each, sticking with black ink on white paper after much discussion about the alternatives. I prepared my four prints digitally for best effect, bumping up the contrast and forfeiting some of the detail in return for more graphic imagery. Shaun then turned them into half-tone images – a process of turning a greyscale image into black dots which can transfer to the screen. This is the same process which has been used by newspapers for decades which pleased me greatly. 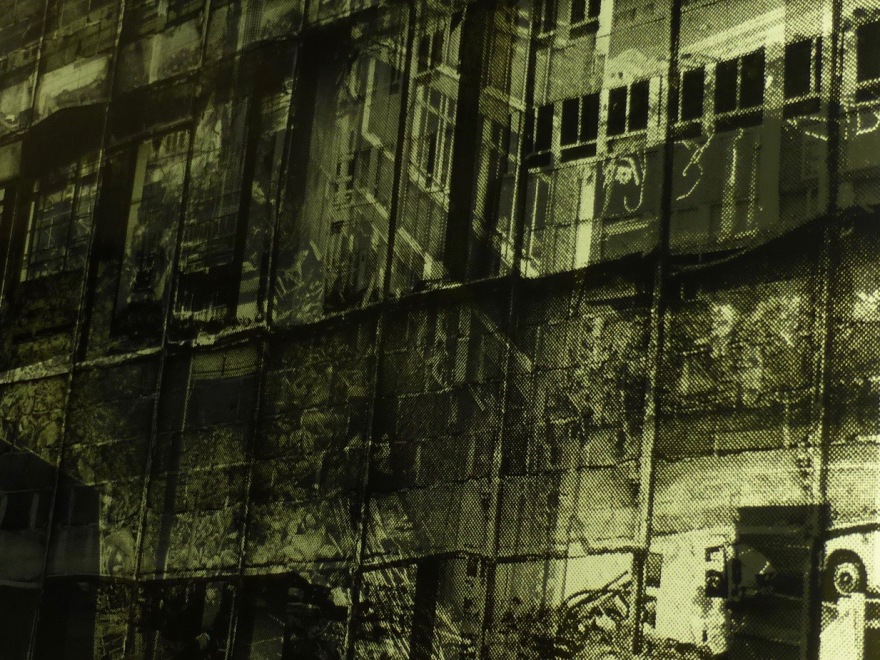 On arrival for the first day’s printing my A1 transparencies were waiting for me. I was gobsmacked at their impact and spent too long (probably) gazing at them. Seeing these images in a new way will encourage me to further abstraction down the road.

I was encouraged to do as much of the process as I felt able to, but I left Shaun to do the actual prints. It’s harder than it looks. Especially at this size! Don’t you love those screens with the negative images?! 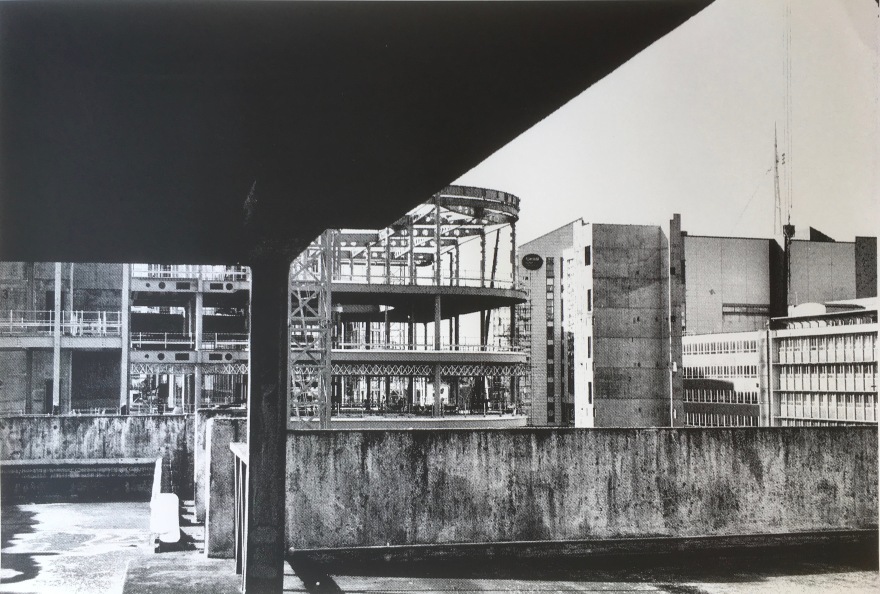 Final prints. The concrete in half tone on a rough mesh is gorgeous. 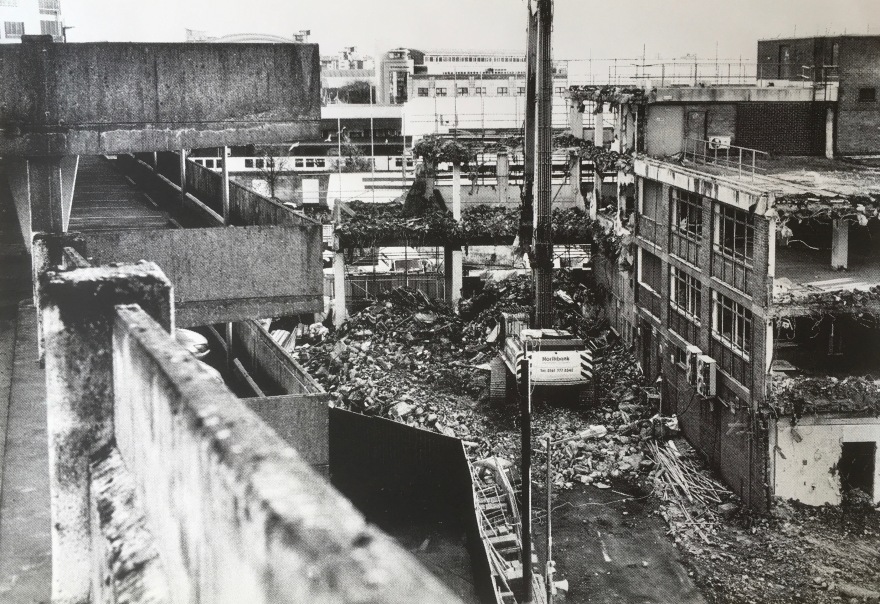 A visual trick. The out of focus areas in half tone still give the same effect. How does that work? 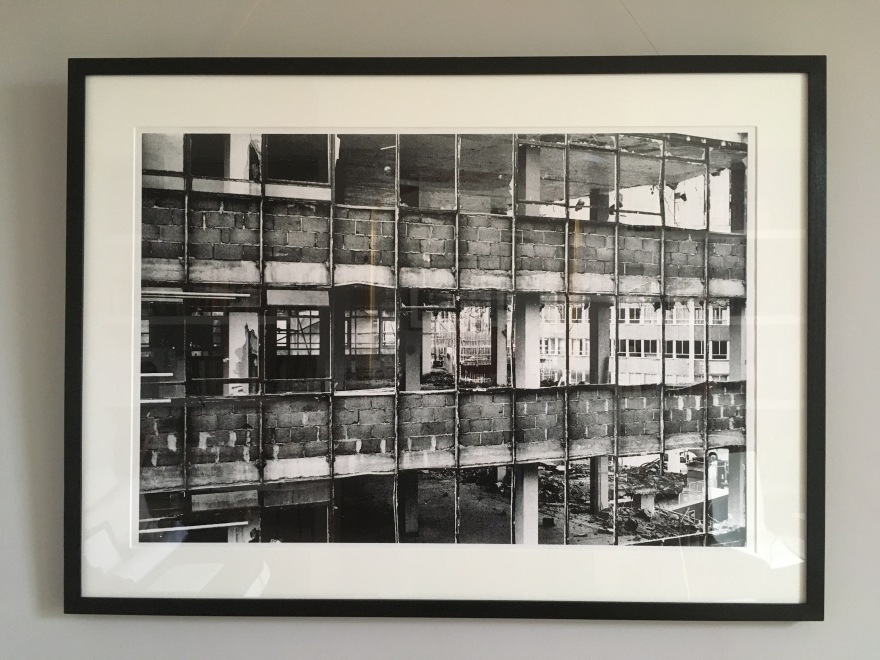 Beautifully framed by Free Range Framing in The Bone Yard round the corner. Thanks Kath.

2 thoughts on “Printhaus: Discovering the Art of Collaboration”