I have been printing this week in readiness for the forthcoming Penarth Print Fair this Saturday and Sunday in the Pavilion.

The series that I have been working on are based on photographs from the Temple of Peace inauguration ceremony in 1938. Gentle/Radical reimagined this ceremony last November in an extraordinary event which I was proud to be involved in. http://gentleradical.org/projects/a-new-mecca/

I plan to create a zine using these prints, some of the original photos and some of the text written especially for last year’s event. Until I do so, suffice it to say that the images of mothers who had lost sons in the war, wearing their medals, are extraordinarily powerful. 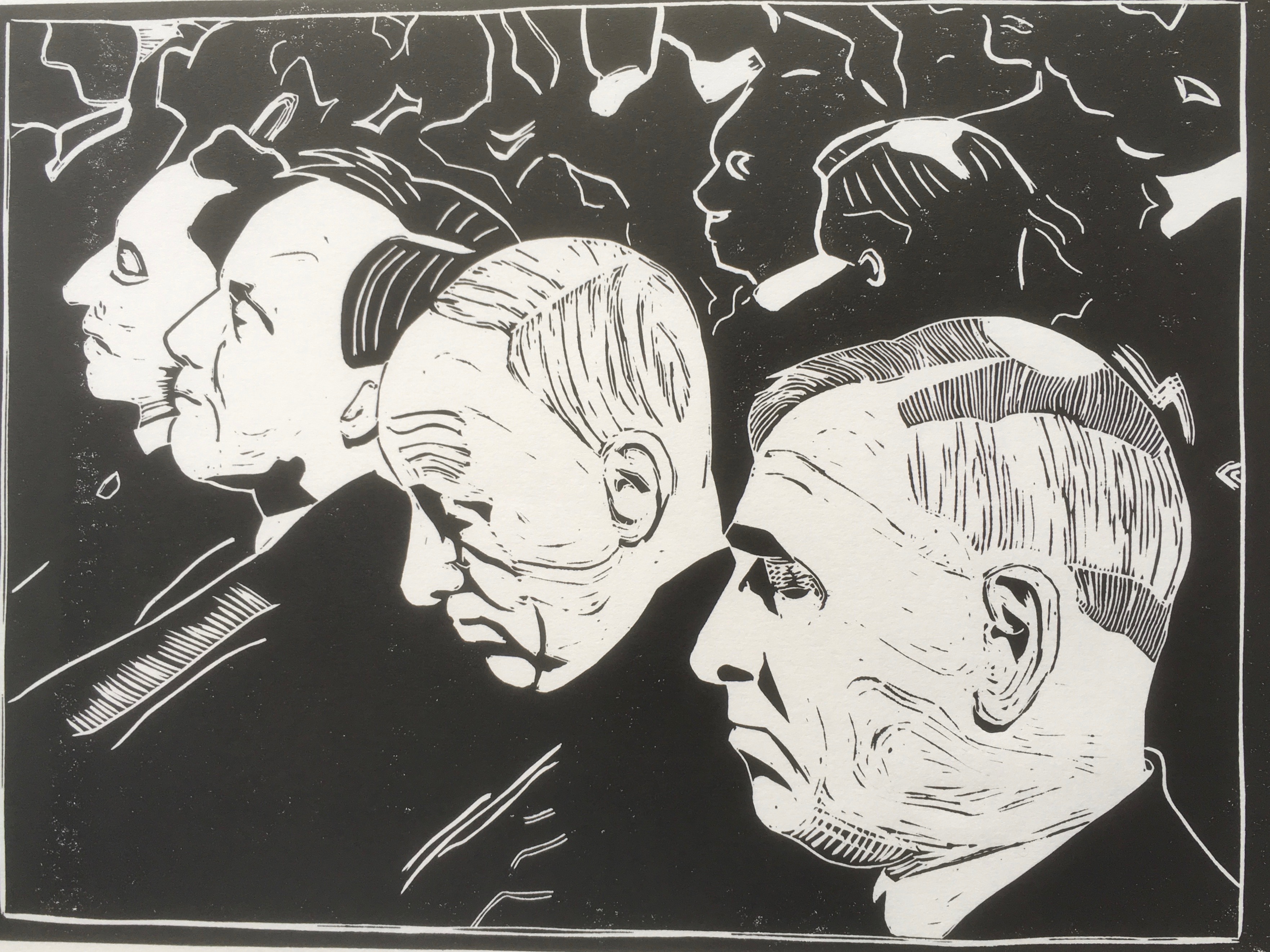 The printing of these plates should have been relatively simple, but I have learnt a few lessons nonetheless… Firstly there should have been five images. However one was ruined by a loss of concentration at a crucial point. I diligently cut out the wrong bits, resulting in a black face with white shadows which couldn’t be salvaged.

Secondly, I used new paper – Fabriano – which was too thick for hand-pulling prints. As a result a friend of mine tried to set me up on the press which resulted in further prints slipping all over the place and a near nervous breakdown on Sunday! Reverting to the old standby of Seawhite paper and hand pulling the prints allowed peace to be restored today.

2 thoughts on “Temple of Peace Linocuts”